Still working on content.  Im stuck on a post that I am having trouble composing, and I cant seem to make myself get past it enough to think about something easier.

So lets see what stumbleupon has for us today… 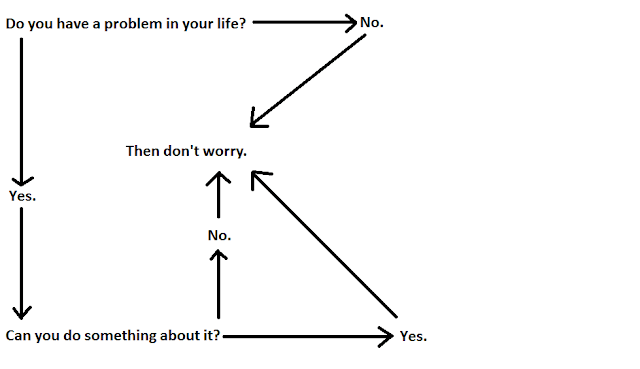 Still alive, still around. But blogging is drawing a blank. I could talk about my lack of a social life, or my recent adventures in various doctors offices, or the lack of progress being made on the writing front, but none of that interests me right now. If any of you three readers I have left want to know anything about anything, go ahead and ask me a question. Maybe that will tickle my sweet spots.

UPDATE:  Thanks dear readers! That helps, cuz now I have committed myself to writing at least three more posts, and posting a writing excerpt for Claire.   Sometimes we–meaning I–need some externally imposed direction.  Expect some burbling over the next week.

And of course, any other lurkers out there, ASK ME ANYTHING ABOUT ANYTHING. Help a girl out, why dontcha.

Figured an April Fools post would be a good way to snap out of my blogging lethargy.  I still think I have peaked, but that doesnt mean the end is now, only a slow decline. Might as well enjoy the scenery while going down, eh?

The title refers to my recent windfall, of which I have been luxuriating in my newfound spending power.  See, what happened is that my company was once a small US medical technology specialist in prostate therapy, and about 3 years ago, it got bought out by a bigger fish across the Pond in London.  One of the perks of that aquisition was the award of several thousand shares of stock to each of us lowly peons.  THEN, that company got bought out by an even bigger fish, also in London, and all those stocks we had were sold and we all got a BIG FAT CHECK.

A pittance compared to modern executive bonuses, but to a working class girl like me, it is a significant chunk of change.  I paid off my car, bought a new computer, 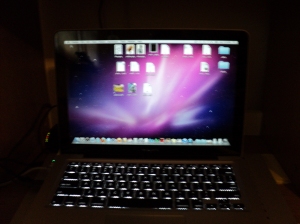 a camera, a GPS, and a less than a thousand dollars worth of wardrobe updates.

I also now have a savings account, (ALLELUIA!), and the ability to pursue my creative ambitions.  A great load has been lifted off my shoulders, and naturally, it feels great.  As if, finally, my life is going in the right direction.  Its amazing what a jump on the class ladder can do for one’s sense of optimism. For this year only, I will be middle class, and come next year, I will be back into the working class bracket.  But the good news is, that because of this windfall, I will go into the next few years with a savings account and only student loans as my debt liability.  I plan on keeping it that way for as long as possible!  Not a lot of working class folks ever get that opportunity.

In the meantime, I’ve got plans for this space.  Health reports to report, creative stuff to create, and points to pontificate upon.  Stay tuned!

Too many damn cobwebs!

A while ago, way back when I first started this blogging hobby, I had a second blog–a microblog which I called “Thinking On The Pot.” I eventually deleted it because it became a little too much to do on a daily basis; not all toilet-time thoughts are actually bloggable, even in micro form. And not all toilet-time is done with the brain braining. Sometimes all you’re doing on the toilet is, yanno, pooping.

While out on my unannounced, extended blogging sabbatical, I thought long about what I wanted to do with this one. Would I delete it? Convert it into a microblog? Switch to Tumblr? Resurrect “Thinking On The Pot?” I still haven’t decided. It had been getting increasingly harder and harder to update this space. I used to do all my blogging while at work, and now that they’ve banned cell phone use in the cleanroom, that disrupted my routine and my ability to think of shit to say.

I had become bored with the random burblings that have characterized my postings for the past few years. A part of me thinks that I need a focus, a direction, a target upon which I’d aim my all-powerful skills of intellect and erudition against the banal trivialities of existence.

But the more I tried to think of a GRAND PURPOSE,

the harder my gelatinized brain became. Perhaps these random burblings are all I am capable of. Thats kind of depressing, now that I think of it. In any case, I’m probably going to keep tinkering with this page, writing lame posts and inserting visual puns. I might find some way to restart “Thinking on the Pot” perhaps even integrate it into this site somehow. I’m still thinking about Tumblr, but I want a new computer first.

So, there ya go. Random burbling is random.

Here, have some links.

Today on Marie Claire Magazine Online came this charmer of a blog post by Maura Kelly.   Here’s a teaser to whet your appetites:

Now, don’t go getting the wrong impression: I have a few friends who could be called plump. I’m not some size-ist jerk.

You did not read that wrong, and NO it is not a satire.  It doesn’t get any better from there, hoo-boy.  It set off quite the shit-storm.   Here’s a sampling of the best posts I’ve read today:

The ever-fabulous Lesley of Fatshionista says quite a lot about this and all of it is brilliant, but here’s a good solid:

My rage at this sort of brainless blogging is that despite the lack of critical thinking involved, it has the power to totally ruin someone’s day. It is difficult enough for many fats to just get out the door in the morning knowing that Maura Kellys exist out there; posts like hers are the equivalent of being told, totally unbidden, that they’re right to be nervous and afraid because yeah, everyone really is grossed out by them. “Hey there fatty! Just in case you dared to forget for an instant that you are disgusting and worthy only of disdain and revulsion from a sizeable portion of the people upon whom you foist your fatness every day you dare to step out of your house, here’s a stark reminder! You’re not actually a human being! You’re a gruesome pile of hideously malformed flesh, undeserving of love or affection or even just basic human dignity! No kissing! No walking! Hide your shame! Oh, and by no circumstances should you even consider having any kind of a life until you are thin — by whatever means necessary. Have a nice fucking day!”

There is also Melissa McEwan of Shakesville who points out that shit like that is no different from any other form of bullying:

But, ultimately, none of that matters when it comes down to the basic fucking decency of treating fat people with dignity, irrespective of their particular reasons for being fat.  The author of this piece is comprehensively ignorant about granting to fat people the basic dignity and agency that any human being should be granted. That’s beyond being “an insensitive jerk.” That’s being an asshole so thoroughly cloistered in privilege that you can blithely engage in the most vile dehumanization and then wax cluelessly about the possibility you were “insensitive.”

… That shit isn’t just dehumanizing: It’s borderline eliminationist. When we acknowledge that ethnicity, sexuality, disability, and body size can be in total or in part inherited traits, to express revulsion at expressions of sexuality is to implicitly express revulsion at the potential for reproduction, and thus the creation of more of “those people.”

Add in concern trolling about having to pay for “their” healthcare, and you’ve got a stinking heap of “the world would be better off without fatties” on your hands.

Then finally, Jane of Casual Blasphemies responds with a strident refusual to put up with that shit:

All in all, some great reading. Say no to bullying in all its forms!

Life is being a bitch right now, so I’ll be back posting and commenting when things straighten out. but in the mean time…

I generally need “themes” in order to write anything, these days, and I don’t have a theme ready for this week.

Perhaps tomorrow I’ll have an idea. For now, I’m working on my 100 word per day creative writing titty. The teat is pumping.

For those of you who may be wondering, I have decided to take a temporary hiatus from blogging for a while. There’s nothing going on in my life right now that is remotely interesting or bloggable. And the few ideas I have had have not inspired me to commit to them in post. Right now, I’m at the stage where I’d rather read and watch instead of dragging thoughts out of my brain for this crude Penseive.

I will be back, though. I’m not sure when, but I am attached to this thing of mine, and will come back to it when I am ready. Maybe after Nanowrimo. Yes, I am doing Nanowrimo this year, and yes, I am wondering what the he’ll I’m getting myself into.

I will be reading your blogs, and commenting on occasion. You guys are far too entertaining to leave behind!

Okay, so with that, my loyal friends, I bid you a fond adieu.

Gone on vacation up to Maine and Acadia National Park.

Be back Tuesday. With pictures.